Slalom season in Latvia countinues with ''Riga Extreme 2010'' on 22nd August. ''Riga Extreme'' is a extreme sports festival in Riga during city anniversary and 2nd year in a row slalom is also included! 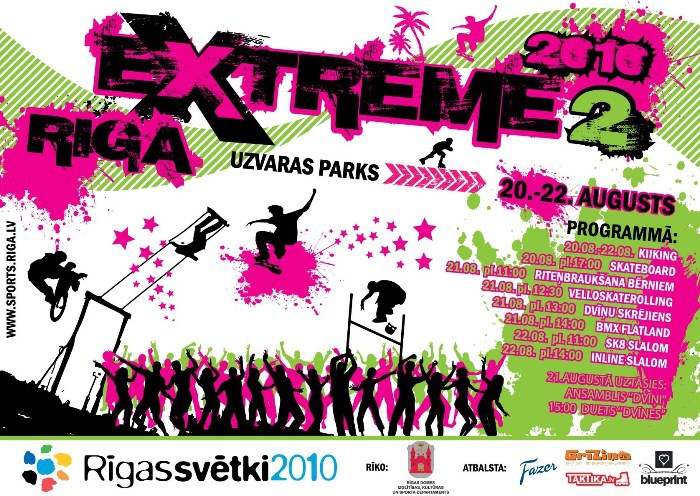 See you in the next race ;)

Riders from Liepaja, Talsi, Jurmala, Riga, Otanki & Priekuli came to race despite poor weather forecast and it was worth it - few times during the race it was disturbed by rain but the race was held presenting many new faces in slalom community, fighting for ''ConeRacing.com'' goods and other prizes!

In junior group Liepaja guys took all the podium (winner Edijs Jermacenko), but some beginners from Riga showed that they could do 1,7m straight course (standard on flat in Latvia for OPEN, women, juniors) just after few days of skating so they struggled hard and earned ‘’Tracker Trucks’’ and other stuff!

In ladies group World champion 2010 Lienite Skaraine dominated leaving Anna Gailite behind. Despite the loss Anna was happy to set better result than 2nd and 3rd junior men rider, proving that she learned a lot and progressed during slalom camp!

In beginners group there were also young girls, showing good results and that there will be very strong slalom scene in women group after some 3-4 years! All the podium finishers in this group received a set of wheels as a stimulus to start to skate more often & serious!

In Open group it was a battle between Riga and Liepaja and finally Riga won earning first and second in parallel tight (Gustavs Gailitis and Gints Zommers) leaving Armands Sausins and Ainars Jermacenko (both from Liepaja) behind.

The last discipline was traditional for Uzvaras parks – 1km pumping on flat – 2 times push and then pump yourself till the finish – again Riga won – 1st Gustavs, 2nd Gints Zommers!

After the race all the riders went to local pub to have some lunch + beer sponsored by ‘’Wheelbite Racing’’ and Latvian skateboard federation and watched plenty of slalom videos ( e. g. Euros 2005 in Stockholm, World cup 2005 in Jurmala) and discuss continuation for this years season!

PS - today finally doctor took out metal pieces from my hand. He urged that I can't do any physical tasks till October 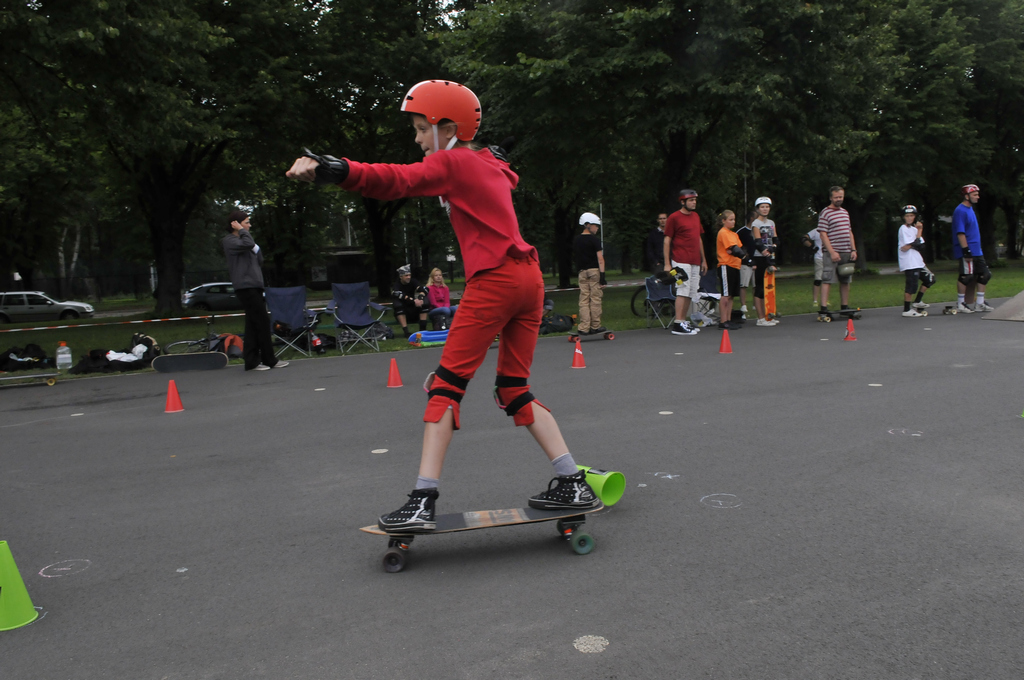 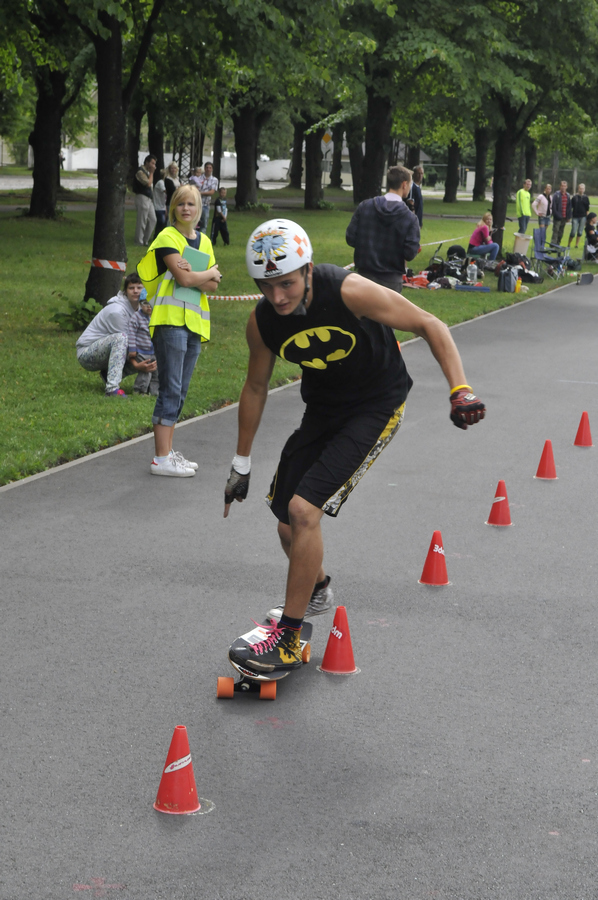 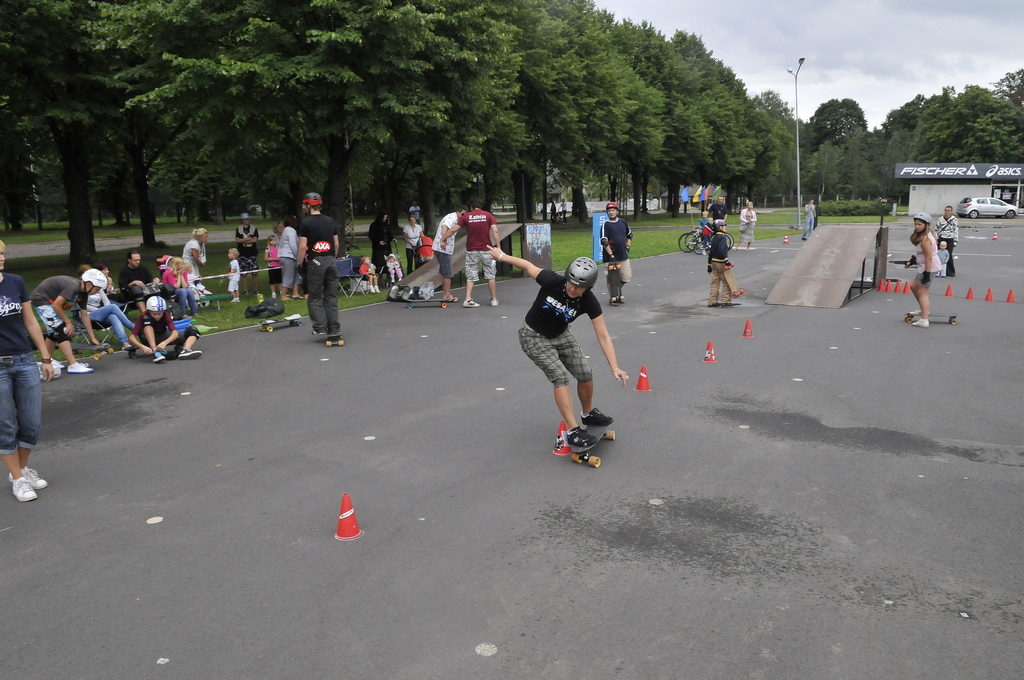 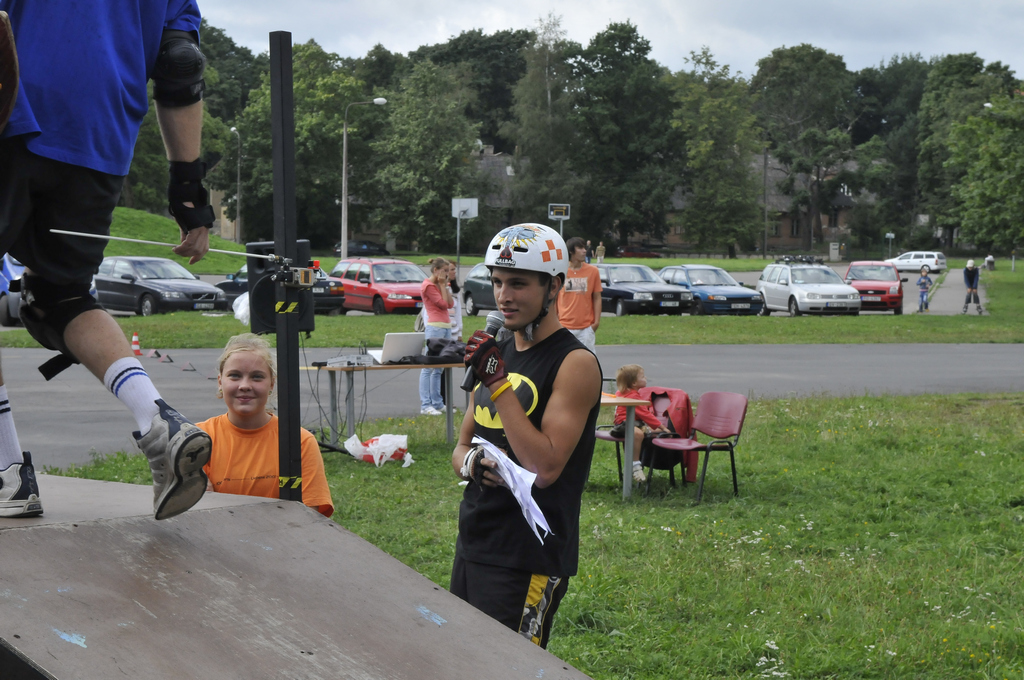 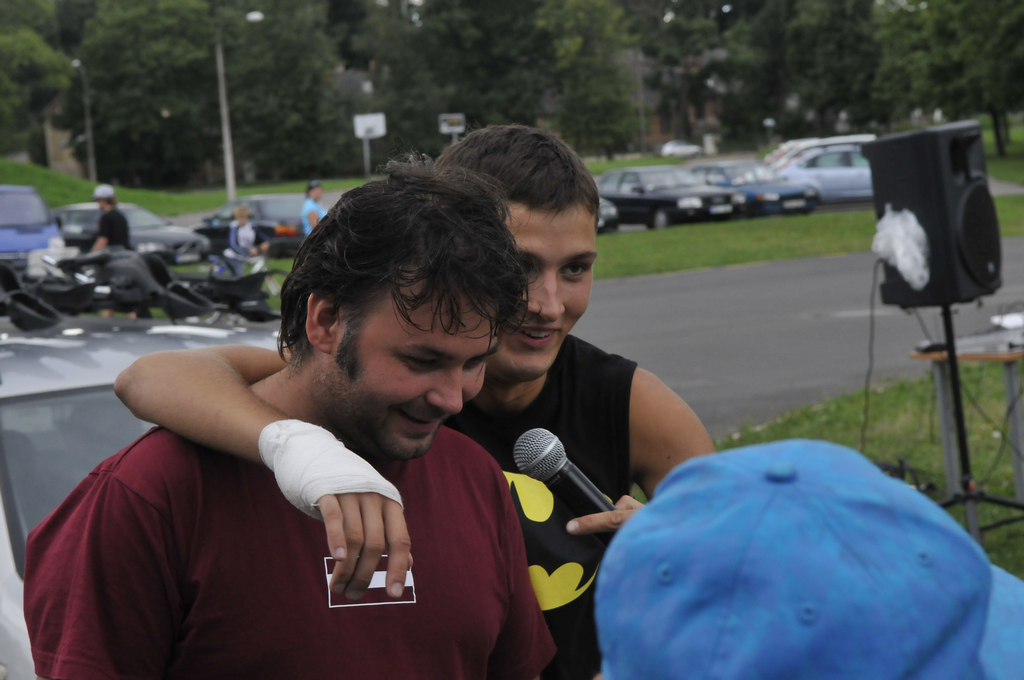 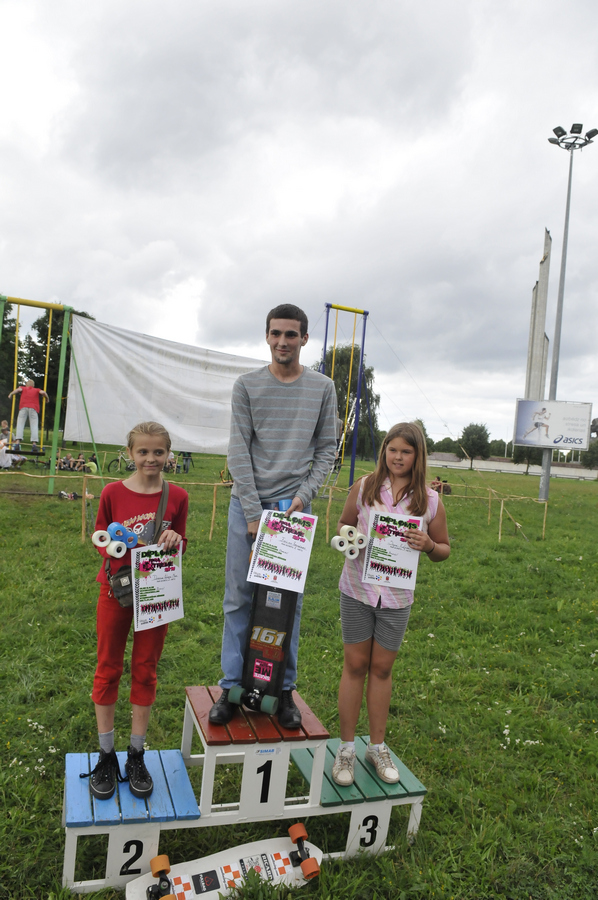 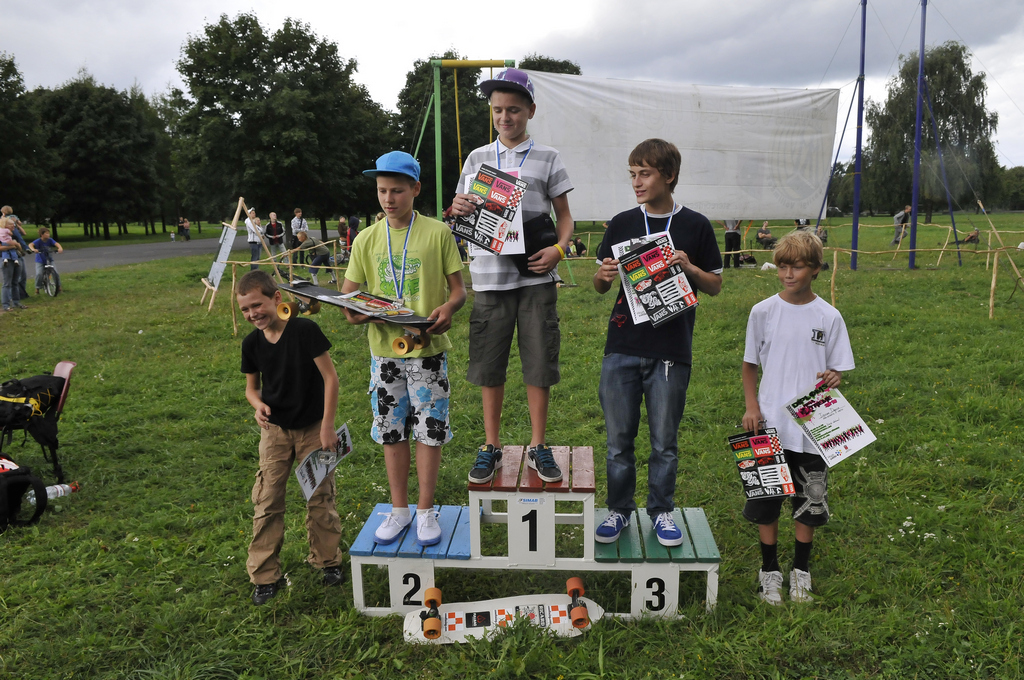 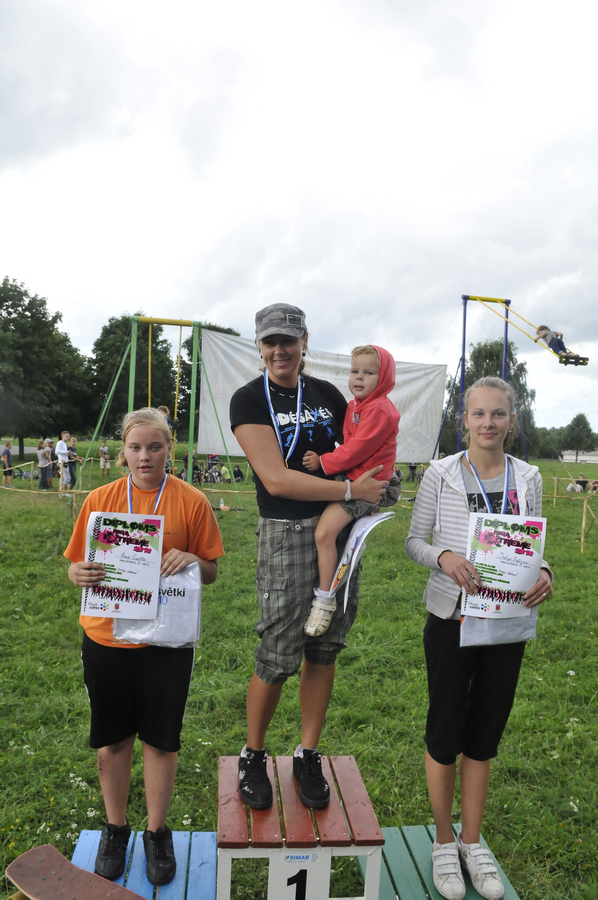 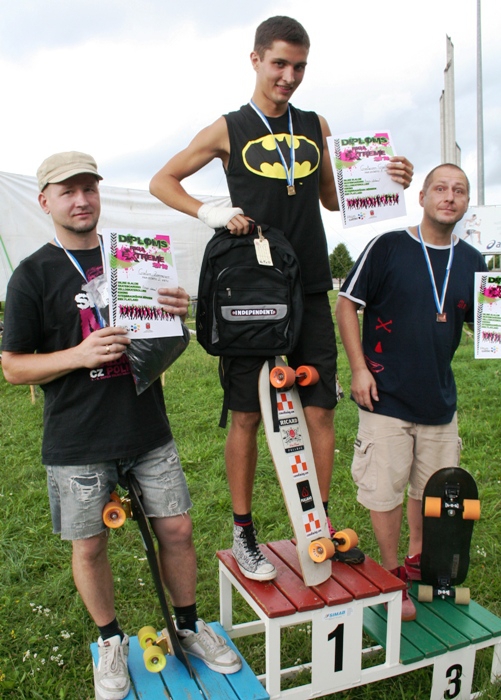 Open class podium
If you want to upgrade your board,visit - http://www.coneracing.com/