Movie Review: King Skate
A small group of skateboarders ran against the tide in the last years of communism
by Raymond Johnston - Prague.TV
20.09.2018 13:26

Before the end of communism, a small group of people in then-Czechoslovakia were deeply into skateboarding, which was barely tolerated during the restrictive days of Normalization.

The new documentary King Skate mixes rare amateur film and even some TV footage from the 1970s and ’80s with interviews from the now older participants to depict skateboarding as a somewhat revolutionary search for freedom.

The film, which premiered this summer at the Karlovy Vary International Film Festival, is boosted by a soundtrack of punk rock and new wave hits from bands including the Sex Pistols and Plastic Bertrand.

The participants, mostly but not exclusively young men, at first had to make their own boards and figure out what to do with them, as travel was restricted and they mostly couldn’t go to other countries to see how it was done.

An odd bit of trivia is that the film One Flew Over the Cuckoo’s Nest helped to start the skateboarding craze. Petr Forman, the son of director Miloš Forman, was allowed to visit his father in the US during filming for a few days and he brought one of the first skateboards back with him. He appears in the film as one of the interview subjects.

The Brutalist concrete architecture of Czechoslovakia offered some prime locations for practicing. Strahov was a favorite spot in Prague.

In one of the more touching moments in the film a now middle-aged skateboarder returns to Karlovy Vary to look for an abandoned pool that was a popular place to do tricky maneuvers. Young people never heard of it, and older people point in vague directions. Like the skater’s youth, it is gone and only half remembered.

The interviews, made at the former skating locations, put the movement into context as people remember the history of skateboarding first as an underground phenomenon and then as a recognized sport once the authorities took interest and the skaters had to make some sort of organization.

Aside from the politics, there were the interpersonal relations of the skaters, as the group always remained small and everyone knew each other. The movement led to broken bones and lifelong friendships.

But the most impressive part of the film is the archival footage. Some of it is poor quality, in black and white with no sound and obvious technical flaws, but it is amazing that it exists at all from a time when people seldom could even access film for still photos.

The amateur filmmakers shot both straight documentary footage of people skating in races as well as scenes of the skaters relaxing and fooling around, and on occasion something more like a short art film.

Later in the 1980s, once the sport gets some recognition, there are some cheesy TV clips in color, showing fashions of the time as well as interviews with the successful competitors.

A small section is in English, as eventually visiting skaters were allowed into Czechoslovakia and Czech skaters could travel to Berlin for competitions.

One of the people who came to visit is interviewed, and he gives his perspective on the homemade nature of the Czech movement, which did things quite differently.

His interest in the history of skateboarding began several years ago when he found an out-of-print book at a friend’s house. After some effort, he tracked down the authors and finally someone with the archival footage, which gave him a start on the project. Eventually he found eight of the skaters who agreed to be in the documentary.

The film gives a fascinating insight into the waning days of communism in Czechoslovakia, showing young people managing to have fun despite the political climate. It is a side of life that is seldom shown in documentaries that tend to focus on the broader picture of restrictive politics and shortages.
Last edited by Peter Pletanek on Wed May 01, 2019 11:52 pm, edited 1 time in total.
http://www.pletanek.com/SlalomGangBang
Top 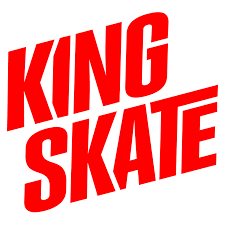 Have a fun :-)
http://www.pletanek.com/SlalomGangBang
Top

Looking forward to see it live!