So I saw a ton of people Saturday with Cameras and DV cams....yet few photos have been posted (vlad and Dave Morris and Dr. Dan I've seen)....who else has photos?
Top

I'd write more, but why bother? Mike wouldn't read it anyway.

I was at the Gathering site today and the place looks empty. Where did everyone go? Slappy, what happened at the bar last night?

Oh well...it's raining now. I hope everyone has enough rest before our big race tomorrow.
Top 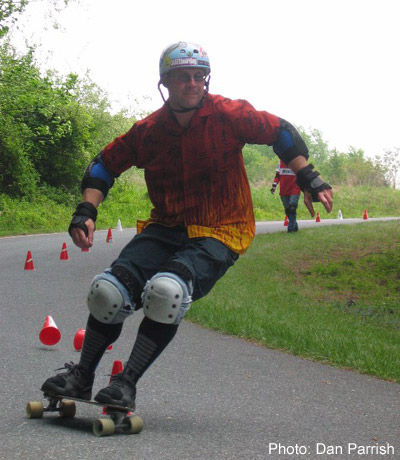 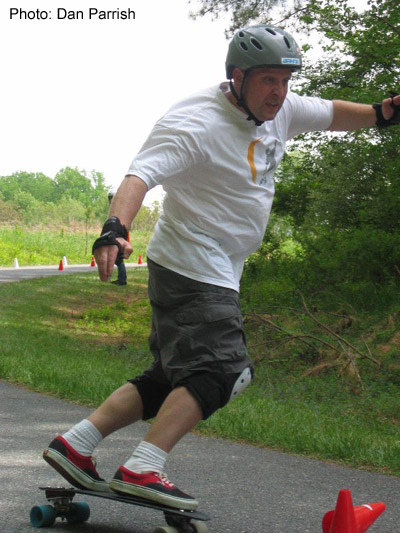 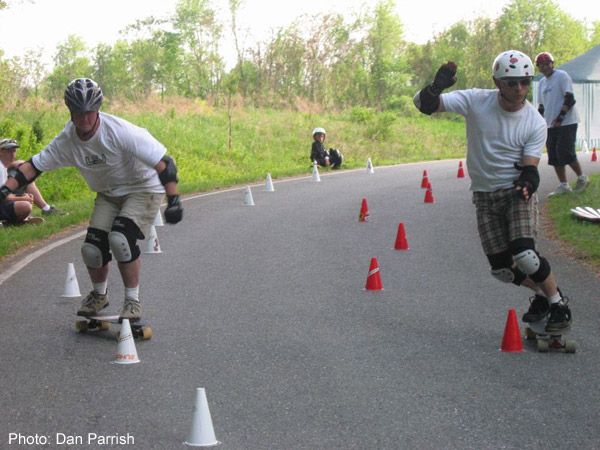 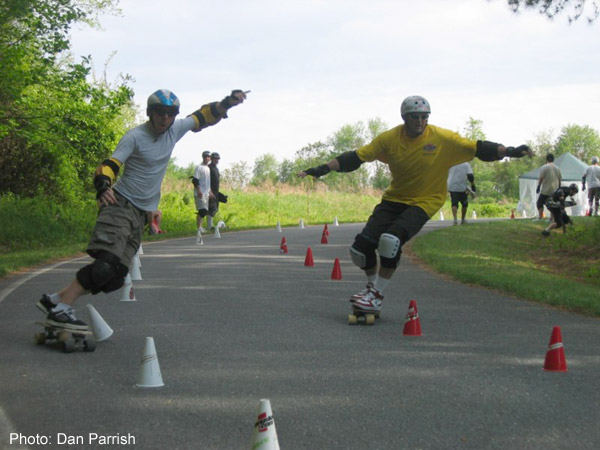 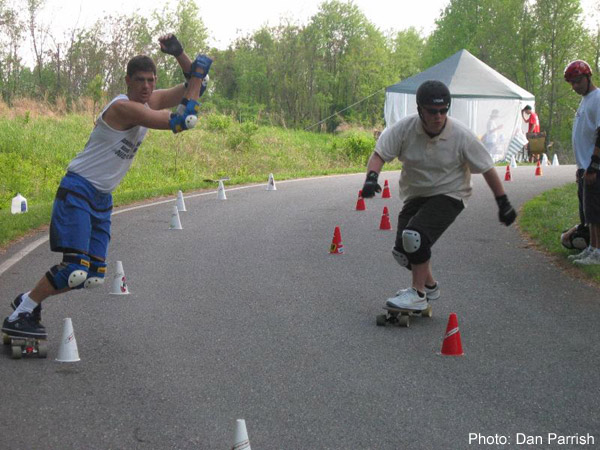 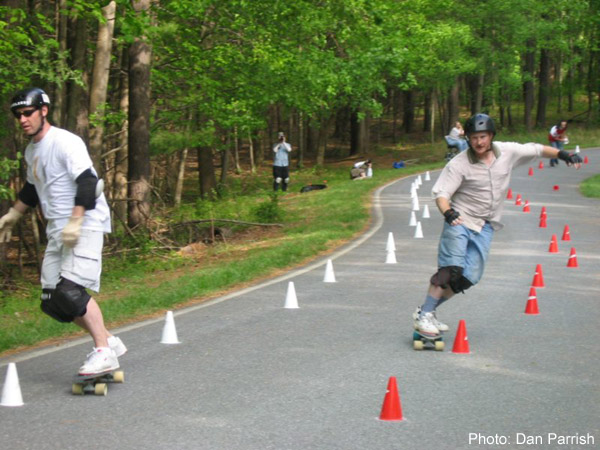 These are most of the "good" pictures that I got as I was using my receptionist's camera and was screwing up most of the shots I took.
These were from Saturday's course at the Pheasant area. The hill had a bit more of a pitch than Cardinal's coming around the bend, then flattened. The course was fast and fun with most having trouble with the three tight stingers midway through the turn. (I "criddled" a few more.)

I had a great time and hope to see you all again soon.

It's 4:45 AM. Goohoohooohdmorning DC! I just woke up...and it's not a hotel!!! Where's everybody? Slappy...Slappy...They won't sell me anything; it's too early.


Cool pictures! The Northern Bad Boyz inc should have tons more. As well as the guy who knows where turtles come from and where they are going.

I can host an unlimited amount of your pictures on www.fotki.com site with all rights reserved and all that.
vladislavpopov@mail.ru - unlimited space mail box. Send your Gathering pictures and more.
Top

Thanks for keepin my stoke going with the photos!
You too Vlad at your Fotki box!

I'm kickin myself for not just getting in the car and going...won't balk again!

Congrats to all who raced!
Top

Sorry it so long to say thanks to BP, Mike O., the Gambles and everybody else that helped make the 4th Gathering so much fun. I wish Mark and I would have been around for Sunday skating.
It was good to see so many new and old faces. I had a blast.

Always a Great time at the Gatherings

As was the case with attending my first Gathering in 2002 it is a great all around weekend.

Racing from every level racer. Camaraderie is second to none. It was great to see the level of local racers develop so much over the last few years. This is the case Worldwide however and not restricted to any one area.

A BIG Thanks to Brian, Mike, and Dave for stepping in and doing such a great job to pull it all together so we could enjoy such a great time. Andy Thanks for starting it all way back then.

Brian the Outlaw series is so good, you can see it everywhere.

Take Care evryone, till the next time.

Speaking as someone who missed G1, G2, attended G3 and missed G4 I certainly can't speak for GBJ - but I think his original intention for the Gathering was a non competitive event and ...likely a less competitive environment.

So strictly speaking.. the gathering should not be a race. I think cooperative learning starts to recede as soon as the timing systems come out of the bag. I missed out on the gatherings without timers. When racing starts the focus shifts from the group to Focusing your energy on lowering your time.

There have been night outlaw races prior to the gathering...which I think is a good way to get people psyched for what they about to learn. I also think perhaps that the Gathering should end with a race. In that way people could jump into a race cold on friday night- and then after learning over the weekend- see how they improved on their racing before they go home. To make it more interesting- you could have qualifiers on the same course as on Friday and skaters could see their times improve.

I'd like to see a beginner race at the end of the gathering- ideally a newbie skater would skate for a bit and then select 2-3 skaters who he wanted as coaches who would switch off to help him. The 2-3 skaters would work together to try and make this newbie fast in just 2 days- they could discuss what worked and what did not. They could work on pumping, gear, line, whatever. At the end of the gathering at the Newbie race automatically the newbie would have a fan club. Good for mentoring as it gives the new skater someone he knows is familiar with his learning curve.

As a helpful separate suggestion I think a "Pumping clinic" would be a great way to introduce people to slalom- and draw more people to the gathering. The idea behind it would be to have a good smooth wide open area- a few boards specially set up to make learning to pump easy, and a few skaters helping explain and demonstrate how they learned and what they did to increase their pumping speed.
One good turn deserves another
john gilmour
Top

The Gatherings: The Concept

John, You really should've been coming to The Gatherings all along, and your comments reveal that you've definitely missed more than you've made.

There is racing at The Gatherings and there always has been. At the same time, I never wanted The Gathering to be perceived as "a race", particularly not a race with any importance to the rest of the competitive season. The original concept for The Gathering was for an early-season social mixer for the slalom skateboarding community.

When this slalom re-birth first started, it was primarily fed and fueled by our communications with each other over the internet, and we all know how this environment can distort the impressions we get of each other. Suddenly, in the end of '00, it became clear there was actually going to be some sort of slalom skateboarding season in '01, with a World Championship event and several other notable slalom racing events. Then it occurred to me that if we all showed up at the first "important" competition with our game-faces on, we'd continue to not really know each other. There might've even been people who, because of some internet incident or argument, were angry at or disliking each other without even really knowing each other.

So, the intent of The (1st) Gathering was a weekend with lots of racing, clearly acknowledging our common interest, while emphasizing cameraderie and a sense of community within the sport, rather than who won and who can kick whose ass. There have been timers all along.

Having said that, I thank you for your suggestions. Many of the things you've suggested or something similar are already happening, either formally (like starting the weekend with a junior race or ending the weekend with a race) or informally (like learning-slalomers adopting the veteran or veterans from whom they feel they can learn the most). In some ways, the whole weekend is also like a slalom and pumping clinic, where any newer slalom skater, in the process of learning to pump or run cones, will be surrounded by a panel of eager commentators offering suggestions and observations. From this group of potential mentors, the novice will often instinctively pick that teacher whose suggestions are working for them.

Now, having said all of that, as much as I don't want The Gatherings to be perceived as an important competitive event, I also don't want The Gatherings to be perceived as a slalom school or beginner event. It is what it is. It's a gathering... a get-together. I want it to attract the best, as well as the newest; the old and the young, fast and slow, with the purposes being to celebrate and revel in our mutual passion for slalom skateboarding and to know each other better. Show up.
Top

ha! I knew I couldn't speak for you... but I wanted to hear what you had to say about "formalizing" some mentorship for juniors.

Looking forward to next year.